The Logic of Micropayments 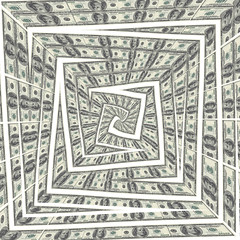 TIME’s Walter Isaacson wrote a controversial article in early 2009 entitled, “How to Save Your Newspaper,” in which he advocated the concept of the micropayment: an impulse content purchase, with prices determined by individual content providers, that is funneled through a centralized payment service. The so-called “pay wall” that had long separated consumers from premium content was close to being torn down in favor of a transparent a la carte system poised to dominate online commerce in the wake of stagnant ad revenues.

Of course, we all know what happened next: content producers, fearful of losing control to powerhouses like iTunes and Amazon, engaged in a war of competing services that required the posting of masses of free content to gain traction. Years later, many of those services still exist…with no sustainable revenue models. As a consequence, the subscription has returned with a vengeance (witness Newsday’s disastrous multi-million dollar investment in a pay wall for a net of less than 100 subscribers over three months), larger services are either contemplating or have made plans for the same, and all this has us asking, “Is content worth anything any more?”

A series of developments over the past week, however, have fostered cautious optimism that the answer might be yes. Accompanied by an impassioned lament of the content conundrum, Roger Ebert preached the necessity for micropayments driven by value-added services as he launched The Ebert Club, a $5 yearly experiment that gives the critic’s paid readers access to more exclusive discussion outlets.

And let’s not forget the addition of the Facebook Credits system that now allows users to feed their Farmville habits with no interruption, or the launch of the socially-driven site Kwedit that depends on users to make good on their micropayment obligations through direct payments or promises to pay later (these are only enforced through lower “Kwedit scores” that make borrowing more difficult).

With those in mind, here are five reasons why our content is still worth something, why the misconceptions that drove the downfalls of such services as Flooz and DigiCash are now obsolete, and why the future of the micropayment is looking rosier than ever:

The technology is there

Today’s advanced software development technologies counter critics’ assertions that metered payment solutions are incapable of being background activities within a browser. With a short and presumably trouble-free installation, consumers could now control their pre-paid cards or pay directly, monitor usage, trigger password requests for payments over a certain amount, or even create and execute parental controls all from a convenient browser-based management station. These concepts could even drive consumers to mentally calculate their accumulated costs, resulting in more discerning content and increases in journalistic and digital media quality.

Make no mistake: citizen content manufacturers aren’t in it for the short-term financial gain, because there isn’t any. Google’s AdWords revenue totaled almost $6.5 billion in Q4 2009, and its recent acquisition of mobile ad powerhouse AdMob together with the aggressive location-based ad services now available in its Android mobile operating system could spell trouble for bloggers, not to mention YouTubers. Journalists that do manage to break from the monopolies and court their own advertising placements, meanwhile, are facing a new beast in Flash and ad-blocking browser extensions that could erode as much as 40 percent of a site’s anticipated impressions base. A recent post by acclaimed blog Ars Technica, for instance, at once laments the erosion of online ad potential and the new paradigm of users actually expecting free content and deriding said providers when this reality is no longer so.

Consumers have already been indoctrinated

The app market ecosystems of Apple, Google, Palm, and Research in Motion’s BlackBerry have conditioned consumers to make impulse buys on items that can do anything from viewing certain document formats to allowing remote video streaming, and all payments are processed through a central server. The future, though, lies in the ability of the customer to transfer their notions of secure purchases away from a single entity to several that, while each governed by different rules, still protect consumer privacy. Allowing providers to set their own prices and keep full control over brand marketing will allow for greater revenue retention and more sustained efforts on the part of providers to attract attention to digital platforms and make dynamic adjustments in accordance with public value shifts.

Distribution channels can fragment in a way that benefit

Until now, content providers and distributors have adopted very reactive positions regarding new technology, such that distributors make every effort to force adherence to arbitrary pricing models, with any concessions made by an individual entity immediately propagating across the respective industry. The end result, of course, is that both provider and distributor engage in a battle of leverage while consumers are forced to sit idly by. The goal of the micropayment would be to shift current philosophies: instead of many divergent services peddling the same content to devices incompatible with each other, individual publishers could gain a competitive advantage by adapting to many different device platforms themselves while pricing the offerings on each to mirror demand and retaining all the benefit to continue doing so.

We should not be naïve enough to believe that the very foundation of the Internet would be forever altered if a select group of outlets make these changes; quite the opposite, in fact. There will always be some that cater to the consumer accustomed to free content, though such a system might result in the erosion of the “always on” mentality one has come to expect. Our current reality, however, is one in which we pay only to support the hierarchical status quo of the digital landscape and not for the content that fuels it. Hard though it might be to believe, the concept of pre-sold digital content (that is, content delivered by a known and trusted industry leader with previous works to justify their current asking price) is alive and well today. Ebert’s readers, for instance, have flocked to his new venture, even when many freely acknowledge that they probably will not use the promised extra content.

So where does the public relations professional come in? Such a system can only work if we freely acknowledge that amateur content and that of established professionals can coexist harmoniously in the same space. When pitching stories, marginalizing the Roger Eberts and Todd McCarthys of the world who have chosen to test the waters of this new distribution model because of a perceived “lack of consumer interest” will only result in later struggles to regain client ground when the most desired placements adapt to the challenging realities of web advertising. Whether the micropayment could result in the elimination of the middleman (book publishers, major studios, music labels) entirely remains to be seen, but we stand on the precipice of a series of seismic adjustments in a multitude of spaces that require a progressive marketing mind to fully process. Will you be one of them?

This post was written by Kevin McElligott. Kevin is an intern at Walker Sands currently studying Marketing and Public Relations at Columbia College.