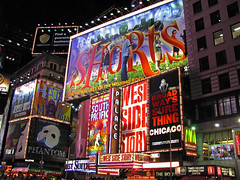 It was recently, while brainstorming a new tagline (which was to coincide with a revamped brand image) for a client, that I began pondering the very essence of taglines.  Why do we use them?  How does one determine the good taglines from the bad?  Are they as important today as when they were first conceived?  Will I be tarred and feathered if I go without one?  While the answers to these questions may not be objectively clear (perhaps save for that last one), what can be said is nearly everyone (more specifically, every brand) needs a tagline.  But considering we're here for the sake of argument and not to find the answers to all of life's great questions, read on for even more rhetorical questions and probably a few opinions as well.

So you may have read the above and thought it was a load B.S.  I mean, surely not everyone needs a tagline, right?  I suppose there is some truth to that, but to delve into that question would open a proverbial Pandora's Box, a philosophical mindf#&k about the very definition and essence of what it is "to need."  No, probably no one in the truest sense of the term "needs" a tagline.  But in these times of over-stimulation, aggressive and near-constant information flow, and a common attitude that "to tune out the noise" is akin to unplugging yourself entirely from society, to be heard, whether a large company/brand or a mere individual with something to say, is a feat unto itself and truly a well-sought prize in the days of capital warfare.  A good tagline, much like the good branding that should support it, is one of the few ways one can rise above the ever-present white noise to truly be heard.

"So," you might be thinking, "taglines seem effective, but surely there are exceptions to the rule, right?  What about Google, for instance?  I'm sure they don't use a tagline."  In truth, you'd be half right.  Google does not appear to use a tagline, as it is not largely involved in marketing or advertising itself.  Google, like a number of other household name brands and companies, largely relies on word of mouth to drive its marketing.  When you have the luxury of being known the world over for what you do, it's more about good PR, solid R&D, and brand maintenance than the commonplace brand establishment most startups, small businesses, and individuals wishing for recognition need to endure.  But interestingly enough, you may be surprised to find that Google actually does have a tagline!  So you see, established or optimistically fresh, in a corporate campus or a two-car garage, household name or the tragically obscure, taglines are sort of, as the military would say, standard operating procedure these days.

So now that we've found taglines to be important, how can we go about determining what makes a tagline effective?  To do that, we need to look at an example of one done right.  If a tagline is the embodiment of a brand, be it personal or corporate, and its purpose is to communicate that brand's essence to the uninformed, then an effective tagline does so clearly and universally.  Take, for instance, Nike and "Just Do It" (which is, conceivably, one of the most famous and influential taglines of all time).  A sportswear brand, Nike's goal is to make athletes (and the fans that support, follow, and envy them) free their minds from overthought and view their products not as accessories, but as extensions of their heavily relied-on bodies.  A well-designed shoe makes the foot connect with the pavement more efficiently; a streamlined jersey lowers body temperature, allowing better performance; etc.  Nike knows this and wants their customers and clients to know they know it as well.  Athletics are, at their core, about an athlete honing his or her skills and, in some cases, sacrificing their bodies for the sake of perfection, so of course a company like Nike would practically shout "we understand your craft."  As such, the (assuredly fake) tagline "Athletic Products for True Athletes," though not out of the brand's scope, misses the key element Nike wants to establish: empathy.

But athletics are about more, and Nike knows this as well.  In addition to being an expression of physiological optimization, athletics are also about the beauty and simplicity of an individual relying purely on instinct.  So, had Nike's agency gone with "Just Do It Because If You Think About It Too Much And Break Your Tunnel Vision You May Psyche Yourself Out And Throw The Whole Game," they would have gotten the message right but the messaging wrong.  "Just Do It" not only provides a vehicle for the brand's sense of empathy, but verbally mirror's the very simplicity found in their customers' trade.

So what can you do to ensure your tagline not only works, but works as best it should?  Some takeaways:

Of course, none of this is by any means definitive.  Feel free to comment below with what you feel is most effective in a tagline or offer advice for what you find helps when writing within the context of a brand.  The art of creation, after all, is an organic one.