It’s finally feeling like spring and that has us feeling fine—read on for a roundup of this week’s top stories!

A new study released this week, which looked at millions of its most political users, aimed to determine whether or not specific things come up in your Facebook News Feed based off of what your fellow political friends are posting. The journal of Science’s study reveals that the content in your News Feed is somewhat aligned with your ideology, but the friends you choose and the content you click on are more important factors when it comes to ranking what exactly shows up in your Feed. So be careful out there, social media mavens. Just a couple clicks can transform your entire feed. 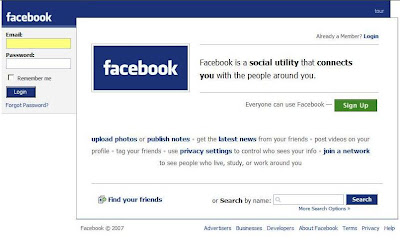 Realizing it has a chance with the fit people of the world—Fitbit announced this week that it plans to jump into the public markets. The company filed for an initial public offering of stock on Thursday, making them the first member of the wearable tech sphere to seek a market listing. As consumers are increasingly invested in their health and fitness in general, Fitbit has proven its place in the wearable tech sphere, competing with Jawbone alone. The number of people donning fitness wearable devices is expected to triple by 2018 to more than 70 million, according to reports. I guess you could say Fitbit got its 10,000 steps.

Wave your middle finger in the air if you just don’t care. This week, Microsoft announced what many have been waiting for—the debut of the middle finger emoji.  Apple came out with a whole new diverse set of emojis in their latest iOS update a few weeks ago, but this takes it to a bit of a higher level. While the emoji debut might seem like an easy way to compete with Apple, Microsoft says their goal here is not to increase sales of Microsoft 10, but to allow for its customers to “express themselves.”

Google is thought to announce its newest app upgrade, which will allow mobile users more control over the information apps are allowed to identify with. Simply put—Google is going to allow you to decide exactly what your apps can use, be it your keyboard or your game apps. Additionally, if this change happens, users can decide whether an app can be downloaded. This will align Google with the software available on Apple’s iPhones, which request access to keyboards, etc. The new change could be what they are announcing at their annual I/O conference this month, but they’re not making any promises—we’ll keep our fingers crossed.

Calling all Spotify lovers! And no, we’re not looking at you Taylor Swift. This week, Spotify announced it is laying plans to enter the competitive space of Web-videos.  Spotify has been approaching multichannel networks specializing in creating and distributing video for YouTube to discuss acquiring their material and co-creating original video series. If successful, Spotify would put themselves on par with YouTube and Facebook, who already successfully offer video services. The main problem for Spotify here is that they’ll be competing with Pandora, iTunes, Beats and Jay-Z’s latest music-streaming launch, Tidal. Rock on, Spotify.