Thanks for checking in with us for Friday Five! Following is the PR and tech news you might have missed this week: 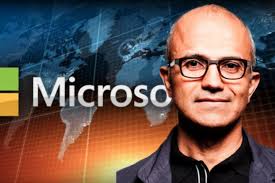 Satya Nadella is being hailed as the anti-Steve Ballmer. He's the first non-founder CEO for Microsoft with a background in engineering and an MBA. He'll have to reassure consumers and tell them why they should keep buying Windows, what Microsoft's mobile strategy will look like and whether Bing will ever overtake Google.

You know to address not only your client's concerns, but those of their boss'. But have you considered that when you're pitching a reporter, you're also pitching his or her editor? See if your pitch passes the "who cares" and "why now" tests.

Amazon not only wants to predict what you'll buy next, but get you from product page to purchase in two seconds or less. Check out the Q&A to see how they do it.